In June, 2016, Apple introduced iOS 10, complete with upgrades to iOS 9, as well as a few fantastic secret features that the industry was expecting any minute. However, as with any great product, there are usually a few downfalls — and Apple products are no different. 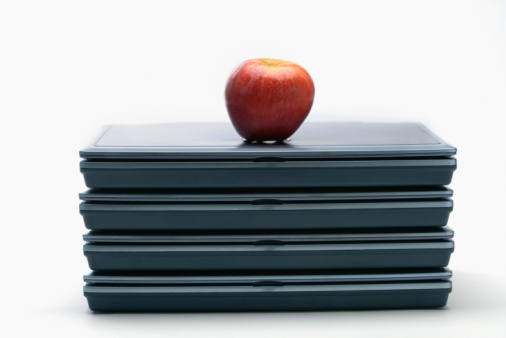 Several flaws and detractors exist in this latest relatively moderate upgrade to iOS 9:

1. Still No Sign of Dark Mode — Unless You’re Looking for tvOS

Like Android, dark mode has been a high-demand, high-request feature for a while — and once again, Apple didn’t come through. It’s all the more glaring that Apple didn’t bring dark mode on board for iOS 10, since they used the same launch event to announce a new dark mode for the tvOS, which has only been around since late 2015.

2. Location of Widgets Leaves Much to Be Desired

One of the biggest changes made in iOS 10 is Apple’s addition of widget support to the lock screen and certain app icons for 3D Touch capable devices, such as iPhone 6S and iPhone 6S Plus. But since they weren’t added to the home screen, they aren’t as easily accessible as they could be.

Android’s flexibility with respect to widgets far outweighs Apples in this regard. Undoubtedly, users are getting a bit tired of the timeworn checkerboard design of the icons, and a change in this area would have been welcome and refreshing.

While Apple has made some huge gains in the design of stock iOS 10 keyboards, the original long-term plan was to make them more intelligent with respect to anticipating words and key strike analysis. Unfortunately, Apple has a long way to go on this development — its keyboard offering simply doesn’t keep pace with third-party keyboards such as Swiftkey and Google.

More importantly, the Apple keyboard misses the mark on an even more important feature: One-handed and swipe-type mode are still not part of the picture. Rival keyboards have had this functionality for years. Even iPads got split keyboard typing a few years back, but for some reason, keyboard improvements just don’t seem in the cards anytime soon for dedicated iPhone users.

A Few More Points of Contention With iOS 10:

Even though iOS 10 was officially unveiled, the platform remains in beta — and Apple has plenty of time to tweak and improve these shortcomings. The iPhone 7 and iPhone 7 Plus/Pro are not due out for at least three months, so Apple devotees can hang on to a bit of hope for some new, improved developments — at least for a little while.

If you’re looking for an IT servicer that specializes in the latest Mac technology, Haxxess Enterprise Corporation can help. Contact us at (705) 222. -TECH or send us an email at [email protected] for more information.