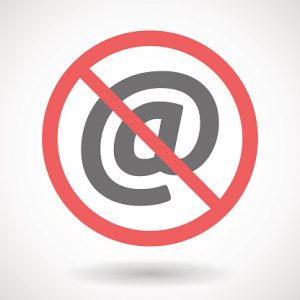 There’s no question about it; email takes up a large portion of an employee’s day — about 23 percent, to be exact. If you look at the global numbers, employees are involved in just over 108 million emails per day, and the average employee transmits or receives about 112 emails during his or her shift.

If you consider these statistics, it makes sense that industry experts and CEOs are starting to view email as another form of knowledge pollution. For example, a few years ago, Thierry Breton, CEO of the IT services firm Atos Origin, noticed his employees seemed completely distracted by the constant stream of emails coursing through their email programs on a daily basis. To remedy the situation, he implemented certain steps to take control of what he saw as an untenable, negative effect on employee productivity and overall company success: He banned email altogether.

Breton started his unusual anti-email campaign in 2011, when he announced Atos would become a “zero-email” zone. His announcement addressed the fact that his company produced enormous amounts of data that had begun to pollute and encroach on Atos’ corporate environment and its employees’ personal lives, and he wanted to take steps to reverse that trend. Ultimately, Breton likened his plan to the ones put in place after the Industrial Revolution, when environmental pollution needed to be brought under control.

Industry experts were initially surprised by Breton’s plan; a technology company that has over 70,000 employees on the books doesn’t typically just cut off a reliable source of communication that they — and their clients — depend on. But the practice is actually not that much of an anomaly; as David Burkus points out in his new book, “Under New Management,” companies seem more open to the idea of cutting email back, and often completely banning it, from their employees’ lives. Burkus observes that as a result of these new restrictions, employees are becoming increasingly more productive — and their quality of life both at work and behind the scenes is dramatically improving.

The CEO of Atos had actually been practicing a no-email philosophy long before he brought the entire company on board. He’d avoided internal company emails for at least five years before, claiming it distracted him and made him less productive. Even with such a radical perception of a seemingly necessary form of business communication, Breton himself is a fairly straight-laced former Harvard professor and former minister of France, so the idea of banning email company-wide doesn’t necessarily mean it’s coming from a rogue, off-the-beaten-path type of company. It’s actually becoming a fairly mainstream practice, at least from the standpoint of reducing the overall communication burden on employees.

Rather than banning email outright from the very beginning, Atos’ technique was a bit more collaboration-oriented. He initiated a massive social network around 7,500 open communities representative of various departments and projects that required constant communication on an open platform. In this way, employees were not being constantly hit with requests for responses; instead, they joined the conversation when they had time, on their terms.

Since beginning the no-email project, Atos has reported much-improved numbers, both increasing their margins and decreasing overall administrative costs. And these positive statistics are backed up by a growing collection of industry research on the positive effects of reducing the burden on your employees’ inbox.

According to researchers from the University of California, simply limiting the amount of time spent on email and even restricting it to certain parts of the day can have as dramatic an effect as banning it entirely. Cloud-based collaboration apps can also have a beneficial effect, as they allow employees to enter and leave discussions as necessary — rather than bogging them down with an endless inbox.

If you think your company might benefit from introducing cloud-based collaboration technology to reduce employee stress and increase productivity, contact Haxxess Enterprise Corporation at (705) 222. -TECH or send us an email at [email protected] for more information.