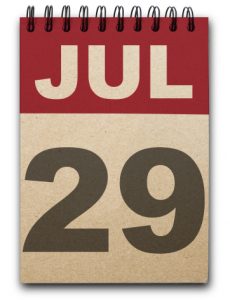 Microsoft is currently offering its very first free operating system upgrade for both PCs and Windows Phones. The deadline to upgrade your PC for free is just a few weeks away, July 29th. But good news for mobile users; you’ve been granted an extension.

If you’re a little unsure what that means for you, you’re not alone. Microsoft has been inconsistent with their plans regarding the upgrade, specifically with regards to which devices would be eligible:

While there are many different reasons for all the changes Microsoft made to their plans, the biggest may be regarding the Windows 10 mobile platform itself. The original Windows 10 mobile, version 1511, faced several delays, finally being released in March 2016 instead of November 2015 as first planned.  And while nothing has been announced officially, it’s possible Microsoft may be sticking to their one-year plan, with the new deadline for mobile users being moved to March 2017 to coincide with the release of the first Windows 10 mobile platform.

Both the PC and mobile versions of Windows 10 are still undergoing minor tweaks, with the hope that both versions will be on par with each other when the final version, version 1607, is released for both platforms.

Wireless carriers will need to sign off on the upgrade before customers will be able to get Windows 10 on their eligible devices. This may be a timely process, so getting yourself enrolled in the program may be to your benefit.

Need more information about the upgrade? Contact Haxxess Enterprise Corporation at (705) 222. -TECH or email us at [email protected] to find out more. We’re the trusted IT professionals for businesses in Sudbury, North Bay and Northern Ontario.