Thought you were done with the Windows 10 harassment once you finally gave in and agreed to that upgrade?

Not so fast. Windows has a bit more to nag you about, and this time, it has to do partly with your battery life—but mostly with Windows’ desire to get you to switch from Chrome or Firefox to the latest edition of Microsoft’s own web browser known as “Edge.”

Microsoft has taken aim at Google Chrome and Mozilla Firefox on the new Windows 10 platform—and now it’s waged a war by sending out alerts that amount to something similar to nagware.

Microsoft first started to hone in on Google Chrome back in June with a battery-life campaign geared toward convincing users that Chrome causes severe battery drain. While the campaign started out rather benign, it has now gone beyond a video commercial and a website back to the old Microsoft tactic of popping up as unwelcome nagware in users’ workstations.

The notification is distributed from Windows 10’s tips feature. The pop-up reads, “Chrome is draining your battery faster. Switch to Microsoft Edge for up to 36% more browsing time.”

Of course, Microsoft isn’t the first browser hopeful to use these tactics when trying to convert a user from one search engine to another. In fact, Google is famous for it—just try searching for “Google” from any browser other than Chrome, and you’ll see a similar motive almost instantly. The difference is that Google doesn’t go about it as intrusively as Microsoft does, and Google does its advertising only after a user directs the search engine to Google’s site. 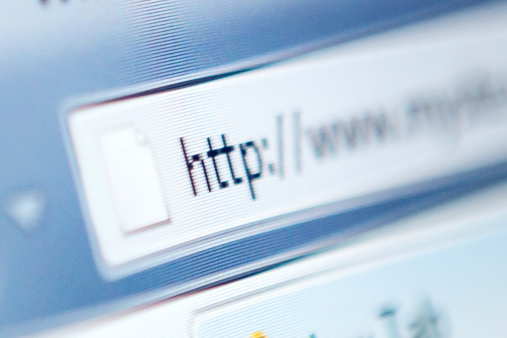 With the Edge notifications, it seems as if the tech giant is crossing a line between occasional advert and completely unwelcome nuisance—a sentiment that recent Windows 10 converts are all too familiar with after being bombarded with upgrade notifications over the last few months.

While no one can argue that facilitating more efficient power consumption and a better battery life is a fantastic and useful quality in any browser, using Windows 10 to push a specific browser above all others appears less than straightforward on Microsoft’s part. It’s probably a pretty safe bet to assume that if Firefox or Chrome was more energy efficient than Edge, it wouldn’t be allowed to shout it from Microsoft’s rooftops to convert customers.

However, Microsoft makes a good argument for why Windows 10 users should switch—even outside of the advertised battery life benefits. It even includes a disclaimer that users can stay with whatever browser they choose:

“Microsoft Edge was designed exclusively for Windows 10 with features and functionality that enhance the browsing experience such as Cortana, easy sharing, reading, and researching . . . with Windows 10 you can easily choose the default browser and search engine of your choice.”

Since the Edge browser was designed for Windows 10 features, users that want to take full advantage of all the new Windows 10 functionality will probably want to give Edge a shot to see how well it performs for their needs. Additionally, with the much-anticipated Anniversary Update on August 2, Edge will see even more power-saving improvements. Now that the Anniversary Update is live, it’s as good a time as any to see if Edge is really all Microsoft says it’s cracked up to be.

Haxxess Enterprise Corporation is your local Microsoft Windows 10 expert IT and managed IT service provider. If you have questions about switching your browser to Edge, reach out to us at (705) 222. -TECH or send us an email at [email protected] for more information.