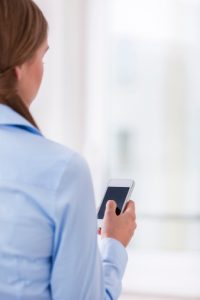 It has become something of a cottage industry to report on the “leaked” details of any upcoming iPhone release. Whether intentional or not, the recent iPhone 7 leaks provide a useful preview of Apple’s latest output, which at least makes the speculation a little more solid. Here is what we have learned so far about the next iPhone, and given the trend of major players copying each other, we imagine that much of this applies to other upcoming smartphones as well.

The iPhone 7 launch is expected in September 2016, in conjunction with the roll-out of iOS 7. Much of the information that gets published before an iPhone launch comes via Apple’s suppliers, where mock-ups, samples, and even the shapes of molds can provide clues.

The iPhone 7 is expected to be physically similar to iPhone 6, with the possible exception of a slightly thinner profile, due in part to the removal of the headphone jack. The Lighting port is expected to be used for headphones, although many users will just use wireless headphones via a Bluetooth connection. Another implication of the headphones connecting through the charging port is that there will be wireless charging capability built into the iPhone 7. Imagine the annoyance of not being able to plug the phone in to charge if you have headphones plugged in. (That is the kind of sleuthing that professional iPhone previewers do.)

There are rumors that there will be a black color option again, as there was until 2013 for iPhones. It might also feature improved water resistance, although features like that might vary with the 7 vs. 7S options. It is expected that the 7S will have a bigger screen (like the 6S compared to 6), so they might adjust the thickness too, which could be affected by the water resistance feature.

On the tech spec front, there is an upgraded processor, with Apple taking advantage of the latest silicon technology. There is also expected to be a dual-lens camera for the 7 Plus at least, to keep the camera capabilities progressing. The display should be better, with at least QHD technology to match many Android devices, and perhaps even 4K to match the latest Sony Xperia offering. The screen might also include haptic feedback, where you get tactile feedback from your keyboard. This will help address a common complaint about typing on flat displays.

The different storage options are viewed as good news as too. The entry level model will have 32GB instead of 16GB, but still be at the same price point. The conventional wisdom is that 16GB just isn’t enough to hold a minimal amount of content these days, with video displacing photos for social media usage. The higher end options will have 128GB or 256GB, skipping the 64GB intermediate option.

Finally, to help generate discussion, Apple might also change its naming conventions, dubbing this the iPhone Pro rather than iPhone 7. (That strategy worked for Intel years ago when the processor sequence of 286 / 386 / 486 became Pentium instead of 586.) There are no official rumors yet, but iOS 10 would seem ready for an upgrade on the naming front too. It might resonate with consumers to present the operating system as something different from a numbered sequence that can be updated with decimal points (e.g., iOS 9.3).

As you can see, there is no shortage of news and rumors ahead of the latest Apple product launch.

Haxxess Enterprise Corporation is the trusted choice when it comes to staying ahead of the latest information technology tips, tricks, and news, whether on the latest iPhone or any other issue in the IT world. Contact us at (705) 222. -TECH or send us an email at [email protected] for more information.