Is the Government Spying on You?

In taking the epidemic of hacking to a whole new level, a judge for the federal court for the Eastern District of Virginia has ruled that private citizens have no expectation of privacy on their home computer systems. 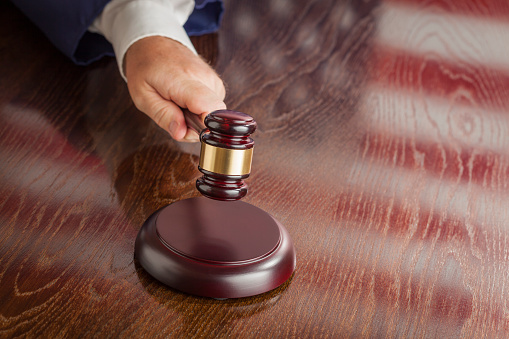 Talk about a slap in the face, and a veritable compliment for the hacking community at large.

The hacker’s underground habit of infiltrating every cybersecurity defense they are confronted with has now afforded a court the basis upon which to refocus these attacks on our own helplessness, and indirectly, our freedom.

Hacking has officially become mainstream. Even law enforcement has been working the dark web, it seems.

The ruling above came in after one of the many FBI cases involving the infiltration of PlayPen, a hidden child pornography service on the Tor network. The investigation resulted in the prosecution of hundreds of individuals. To uncover suspects’ identities, the FBI hacked into PlayPen for two weeks using NIT, or “network investigative techniques.” The NIT used by the FBI ran on a visitor’s computer and identified the visitor’s IP address, so they looked nothing like law enforcement when they interacted on the platform.

It worked, but apparently the warrant was unnecessary.

This procedure basically amounts to mass hacking on a single warrant, which has obvious privacy implications in an age where the internet is in everyone’s back pocket. Though digital rights and privacy advocates have protested the practice, the judge upheld the warrant process in this case and stated that the warrant was completely unnecessary, partly because the charges involved child pornography—and because users really shouldn’t have any expectations of privacy when it comes to their home computer activities.

The judge went on to clarify in his ruling that even a user who has gone to great lengths to hide his activities on the dark web by way of the Tor network does not mean that he should expect his activities or location to remain private. In these situations, the judge explained, a user’s subjective expectation of privacy in and of itself is “not objectively reasonable.”

So, because hacking and cyber attacks are out of control in the current internet climate, the judge has basically said that a mereexpectation of privacy while online is no longer a reasonable one.

The digital rights group Electronic Frontier Foundation (EFF) has warned that the judge’s ruling is particularly dangerous because potentially unauthorized parties—including law enforcement without a warrant—may now feel that any computer connected to the internet is fair game and open for exposure and investigation.

Though the public has little sympathy for the defendant’s plight (the man allegedly participated in child pornography and downloaded thousands of images from PlayPen), the verdict could set a precedent that affects the general public at large. Attorneys for EFF are concerned that law enforcement, in particular, will interpret the court’s ruling to mean that they no longer need warrants to spy on suspected online criminal behavior.

It’s a dangerous precedent, and we only have the relentless persistence—and consistent, nearly unstoppable success—of hackers and other cyber criminals to thank for it.

Haxxess Enterprise Corporation is your trusted IT servicer when it comes to staying at the forefront of the latest IT security issues, news, and innovation. Contact us at (705) 222. -TECH or send us an email at [email protected] for more information.