Unprotected: Why Using Windows Server 2003 Is Dangerous for Your Business 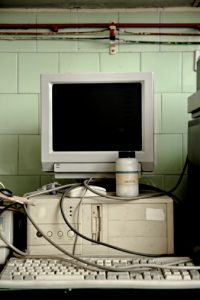 When Microsoft discontinues support for a product, no updates are available to fix problems with the software, which means the end of any security updates. In one exception, those Microsoft customers who have Custom Support Agreements (CSA) will still be supported.

Industry experts anticipate the CSA will be expensive, starting at about $600 per covered machine – increasing to $2,400 within three years.

Entities that need to be in compliance with HIPAA regulations and/or PCI requirements may have no choice but to migrate from their current server. This is not as easy as it sounds, though, as many entities, including physicians’ offices, use software made to run on Microsoft Server 2003.

Following are some of the problems inherent when using unsupported software.

Since Microsoft stopped all updates as of July 14, 2014, current users may now have infected systems. Even if they don’t, they are more likely not to be able to withstand a virus or malware attack. Firewalls and anti-virus and anti-malware software will not do the job – you need to find an alternative for your business.

Privacy concerns are huge. The United States Department of Health and Human Services has levied fines on many healthcare providers and/or their partners for HIPAA violations. In addition, protecting credit card and other payment methods is a concern for all involved in e-commerce. With security protection at an end, the MS Server 2003 is unreliable for staying in compliance.

Bad Performance and Lack of Reliability

Bad performance and lack of reliability haunt those companies who run old apps on old systems such MS Server 2003. It is a good likelihood that if your server is old, there are older and out-of-warranty workstations and other computer equipment still in use. When computer hardware reaches its EOL, it is prone to failing and to need repair, or it’s failing beyond repair. Downtime is money misspent.

How to Solve This Problem

Instead, these are expense items, deductible as a business expense for the tax period for which the expense was incurred. You also need fewer IT people in your IT department as most of the heavy lifting will be done by your managed service vendor.