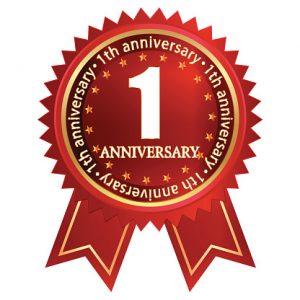 Beginning August 2016, Microsoft (MS) started its rollout of the Windows 10 Anniversary Update. If you are a personal or business user, there are many features you might love in this update, as well as a thing or two you probably won’t. In keeping with their strategy of one system for desktop PCs, Laptops, and Android, the anniversary update continues further in this direction. So, let’s look at some of the most popular features contained in this update.

Keep Your Favorite Programs on Your Desktop

The update allows you to pin an open app on all of your virtual desktops. This is especially beneficial if you want a particular program to be available to you without having to look for it in an apps folder or shortcuts. It is just there for you to use.

The Edge Browser was first introduced with Windows 10 – it is the apparent heir to the venerable Internet Explorer and the MS Windows Update makes this upstart browser, even more, user-friendly. One thing is that Edge is finally getting support for extensions. If you go web shopping using Edge and Cortana, the voice of MS that is similar to Siri from Apple, you will receive coupon suggestions related to your online search. In addition, Edge can be synchronized among all your devices, providing you set your MS account to sync information across devices.

With the MS 10 update, Cortana gets a boost in IQ. MS has given Cortana more access to Office, Outlook, and Calendar apps. This newer contextual awareness lets users use voice commands such as “Send the latest journal entries to our accountant Sam Smith.” Next thing you know, the journal entries are in Smith’s inbox. You can also get to Cortana from your lock screen so you can see your schedule or other reminders instead of using voice commands.

Should Your Business Update Now?

Hold on, before you update consider the following potential issues your business may face:

“Microsoft has received a small number of reports of Windows 10 freezing after installing the Anniversary Update on systems with the operating system stored on a solid-state drive (SSD) and apps and data stored on a separate drive. This issue does not occur when starting Windows 10 in Safe Mode.”

Many small and medium-sized businesses have turned to managed service providers (MSPs) instead of maintaining an in-house IT department. They have found that it is a more economical as well as provides greater expertise along with 24/7 coverage they otherwise could not afford. Whether or not your company is best off with Windows 10 or not is one of the many types of issues that an MSP helps with.