A look at why the Windows Journal app is getting axed over security issues. 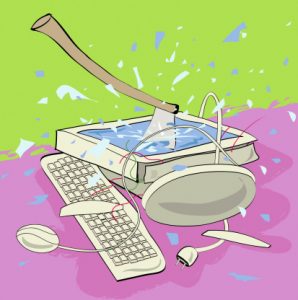 Why the Windows Journal App Is Getting Axed

Microsoft has announced that it has issued an update for Windows that removes the Windows Journal app permanently from their operating systems. The Windows Journal app was known as a popular note-taking app for personal and business use, but Windows discovered that the app posed a serious security risk to their customers. They decided to remove the program completely.

The Windows Journal Application issue was intended to be corrected with a critical security patch that was sent out in May of this year. The patch was intended to address a remote code execution code flaw, but it wasn’t strong enough to correct the security problems associated with the app. Since the patching efforts couldn’t solve the problem, Microsoft decided that the Windows Journal app was unfit to be part of its operating system and wanted to do away with the program completely. As a replacement, Microsoft is recommending that their users utilize the OneNote application instead, which is a free note application that works for all supported versions of Microsoft Windows.

Windows knows when it’s time to pull the plug on a service if it isn’t performing as well as it should. Haxxess Enterprise Corporation is the trusted choice when it comes to staying ahead of the latest information technology tips, tricks and news. Contact us at (705) 222. -TECH or send us an email at [email protected] for more information.