Is Apple Abandoning the Mac?

Apple’s introduction of its new Mac operating system name has recently sparked a bit of heated debate among industry experts and members of Mac’s loyal following. 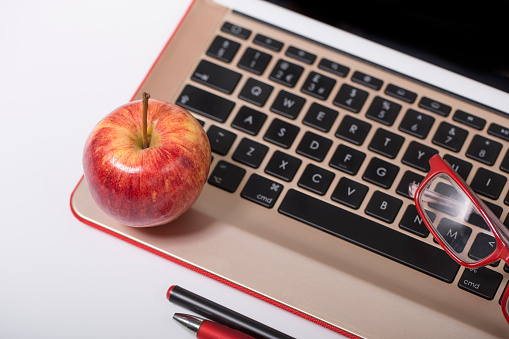 Toward the end of June 2016, Computerworld published an article claiming that Apple’s move from “OS X” to “mac OS,” would further decelerate the Mac into oblivion as a “fringe hardware product.” Almost immediately, the internet of Mac blew up with commentary against the anti-Mac theory. Comments offered up in defense of the Mac’s longevity and market share called out the ridiculousness of an argument that based most of its claim on the fact that a simple name change would have any bearing at all on an intelligent user’s choice to embrace or abandon an operating platform.

Some of the highlights of the debate are:

Computerworld’s author argues that the use of numbers when denoting an operating system is a better methodology than using a name. But Apple has had no trouble in the past with the variety of landmarks and large felines that have denoted its long-standing operating systems — think Mavericks, Mountain Lion and Yosemite, to name a few. If any of the operating systems were problematic — and a few definitely were — their problems had absolutely nothing to do with their names.

In the industry, when an operating system develops a reputation for itself, whether good or bad, it is just as easy to remember the name of a big cat or a landmark as it is to remember a numbering scheme. But maybe that’s just because Mac users are a tad more “geeked out” than their PC counterparts. Either way, the name has never been the issue.

The author claims that the Mac’s new name will spell untold disaster for the manufacturer since the switch from OS X to macOS will leave users confused and skeptical about the brand. This makes absolutely no sense, since the new operating system’s moniker actually has the term “Mac” built into the name itself. If anything, this should be seen as an homage to the Mac’s loyal following and to its tremendous history as a high performing, well-built computer that has undoubtedly converted more users than it has lost over the years.

The author goes on to make the entirely unsubstantiated claim that Apple is distancing itself from the Mac over the long term. The basis for this observation is once again unclear.

Apparently, according to the author, that Apple would change the name of an operating system that is “entrenched” and has a “rich history of innovation” means that it must be looking for greener pastures. The author apparently did not consider the facts behind Apple’s Senior VP Paul Schiller’s 2014 statement, in which he recalled the history of the Mac and its endurance beyond every other company that was in existence when Mac made its very first computer:

“Every company that made computers when we started the Mac, they’re all gone. We’re the only one left. We’re still doing it, and growing faster than the rest of the PC industry because of that willingness to reinvent ourselves over and over….”

Schiller goes on to assure his audience that,

“There’s a role for Mac as far as our eye can see. A role in conjunction with smartphones and tablets… our view is, the Mac keeps going forever, because the differences it brings are really valuable.”

Maybe Apple just wanted to freshen things up a bit. Maybe they got tired of playing the numbers game, especially since that seems to be Microsoft’s thing these days. Or, maybe they were feeling nostalgic, and they thought it was time to revisit their roots once again — to pay a little respect to the history that got them here in the first place.

Whatever the reason, take a glance at the lines at an Apple Store on any given day or time of the week — or the inside of any trendy university coffee shop during study hours — and it seems unlikely that the Mac is going anywhere… at least not any time soon.

Haxxess Enterprise Corporation is your local Mac expert and always ready to help with your business Apple and Mac needs. Contact us at (705) 222. -TECH or send us an email at [email protected] for more information.