The Era of the Softphone

Since the release of Apple’s original iPhone all the way back in 2007, the world has changed immeasurably – particularly in terms of the way we conduct business. In an era that is now officially over, “using technology” essentially meant one of two things – using either a desktop or a laptop computer to do everything from check your email to access websites to create files and share data and more. Now, according to a recent study conducted by Credence Research, workers around the world are increasingly demanding “packaged mobile solutions” that will allow them to do more while on-the-go. 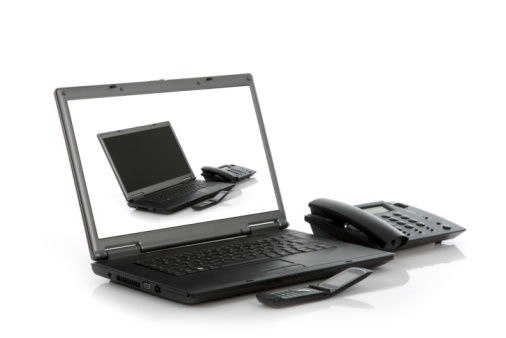 The Rise of the Softphone

Credence Research’s study took a look at the concept of the softphone, which is defined as a piece of software (like a desktop program or even a smartphone app) that allows them to make telephone calls over an active Internet connection via a computer. If you own both an Apple computer and an iPhone, you’ve probably had experience with this idea over the last few years – Apple calls it “continuity calling” and it has been a standard feature of the Mac OS X operating system since 2014.

Credence Research’s study revealed two interesting pieces of information about current usage habits. First, the idea that using a desktop or smartphone app to make calls over the Internet is quickly becoming the number one choice for workers over a traditional telephone. Secondly, smartphones are far and away the preferred device for most users due to the additional functionality they offer. Softphone apps traditionally offer more in the way of things like call routing, advanced messaging and other communications functions that even a traditional cellphone cannot match.

Out of all the people who responded to the study, an incredible 54% said that they were “very comfortable” using softphones to handle all of their important business communications on a daily basis.

It isn’t only the users themselves who prefer softphones, either. IT departments around the country also favor them, as they are usually much cheaper than hardware-based Internet protocol phones. Not only do they cost relatively little to purchase over the cost of dedicated hardware, but they are also much easier to maintain. A softphone app can allow a user to make a call from any location on planet Earth where an active Internet connection is present. This includes cellular data connections. If the power goes out in a business, an employee loses their ability to make that important call to a client with a traditional telephone setup. The same is not true of a softphone app.

Other advantages that softphones bring to the table include the ease at which they can be integrated with other existing enterprise applications and the general ease of use they offer. Softphones give a user the ability to do everything from use a virtual number to transfer calls from one line to another and more. All of these features aren’t just making the lives of business professionals easier, they’re also improving the quality of work they’re able to offer as well.

Haxxess Enterprise Corporation is incredibly proud to be your trusted source for all of the latest technology tips, tricks, news and other important information that you can use to make your life easier on a daily basis. If you’re looking for more information about this or any other IT-related topics that you can use to help build the business you’ve always dreamed of, don’t delay – contact us today at (705) 222. -TECH or send us an email at [email protected] at your earliest convenience.

Ready for a new phone system for your business? Contact us today.