What To Expect From The Windows 10 Anniversary Update 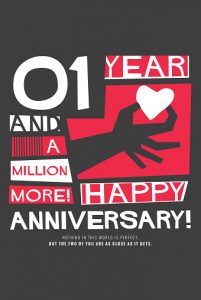 In the beginning of August, Microsoft announced that it would launch an entirely new version of its Windows 10 operating system. As many users will attest to, the previous version of the system was riddled with inconsistencies, errors, and security flaws that caused companies to question its validity. The self-dubbed “Anniversary Update” is set to be rolled out to over 350 million users.

What Does The “Anniversary Update” Bring To Windows 10?
Within the coming weeks, you will receive a notification that the update is available for you to download. It is important to note that the download is free and should provide a number of improvements to both the Smart Menu and Cortana. In order to ensure that this update is in fact successful, Microsoft has acknowledged that it released upwards of 25 versions of the new software to its Windows Insiders. By gathering the feedback of Windows Insiders, Microsoft has adjusted the Anniversary Update to ensure that it is “the best upgrade to date.”

The new update brings the following features and improvements:

Microsoft aims to restore faith in its Windows 10 operating system through the Anniversary Update. For any individuals or companies relying on Windows 10, the update is one that should be welcomed as a chance to continuously improve security across devices. It is important to note that failing to properly update software systems and devices is one of the easiest ways to open the door to hackers.

Keep your vital business and personal data safe by updating your IT systems and conducting security checks on a regular basis. Haxxess Enterprise Corporation is the trusted choice when it comes to staying ahead of the latest information technology tips, tricks, and news. Contact us at (705) 222. -TECH or send us an email at [email protected] for more information.